Here is a fast one from our new album “Slower Father”. The 80’s/90’s Greek motorcycle riders (also known as Kamikaze) inspired us for “Kamikaze Rider” and we dedicate this song to them. God bless your reckless souls! 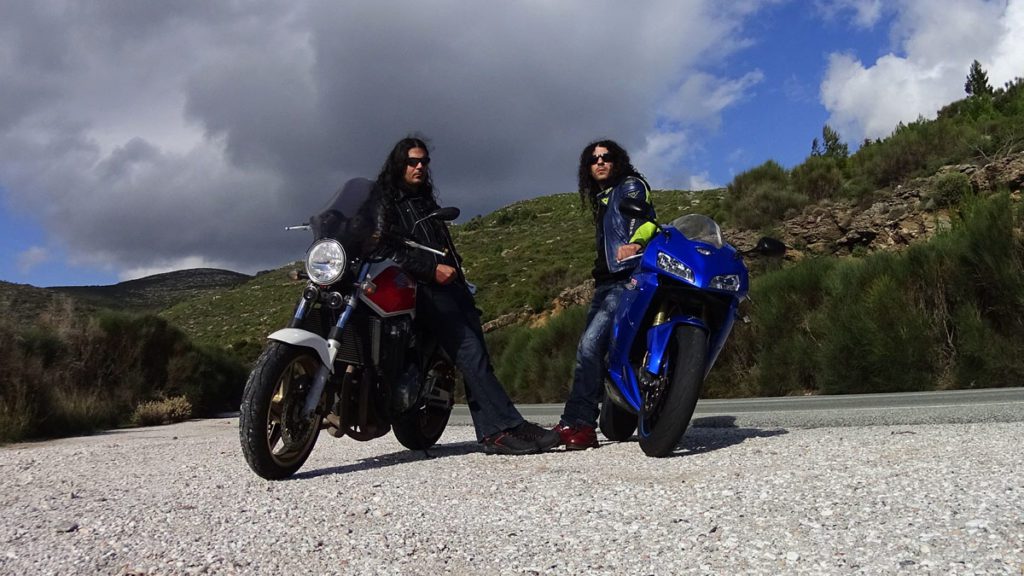 I seek for the thrill, and find it I will

I’ll conquer this city with my horse of steel

The world is made of cowards, but I’m none of them

There is no tomorrow, I live for the day

I open the gas and I kick your ass

You’ll lose all your money, you’re not fast enough

Illegal drag racing in opposite lane

Kamikaze rider, I’m made of flesh, bones, leather and steel

After playing some gigs during 2012 – 2013, they took the request of their fans for an official release seriously. Consequently they hit the studio to create their self titled debut. George Emmanuel was the sound engineer and Jeffro Lackscheide mixed and mastered the album. In November 2014 Terrorizer magazine featured the first single “The nymph and the god” in the compilation CD Fear Candy, along with legendary metal bands Exodus and Obituary. They released the album on February 24, 2015.