(With the two pronged crown) 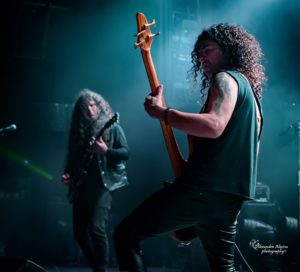 Lockdown has its perks! We motherfasterised “The green Manalishi (With the two pronged crown)”. The song was originally written and performed by Peter Green’s Fleetwood Mac and also covered very successfuly by the METAL GODS Judas Priest. At first glance, it seems the song is about a weird love story, but it’s actually about the evil ways of money and how it can affect someone’s personality. We recorded the drums for this song back in 2016 (along with “Blood is thicker than water”), but did nothing with it. We took advantage of the extra time we have these days and recorded guitars, bass and vocals in our home studio. Mr. George Emmanuel mixed and mastered it and here we go!

Ladies and gents, we give you “The green Manalishi (With the two pronged crown)”!