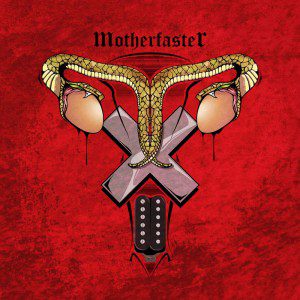 I think that most of you that check my site have already realized that I am fan of the traditional metal sound and I will write this review from the point of view of a traditional metal fan. Through the years that I write for this site I have listened to many bands that try to marry the classic with the modern metal sound and actually most of them have failed to impress me.

There are, though, a few golden exceptions to this rule and I am happy to see that one of these exceptions are the Greeks MOTHERFASTER. In their debut album they present a sound that is rooted in the 70’s and 80’s metal sound and yet they have a modern production and don’t hesitate to use some grooves when needed. I think that their influences can be found in such bands like BLACK SABBATH (with Ozzy), Ozzy Osbourne and of course BLACK LABEL SOCIETY. There are, however, moments where they add a rock ‘n’ roll element to their sound that brings to mind good old MOTORHEAD and such an example is the track with the title “Jealously Insane”. In my opinion MOTHERFASTER introduce themselves in a very impressive way with their debut album which is characterized by inspiration, fantasy and passion. Hope they continue this way in the future too…