Biography of Greek heavy metal band Motherfaster. This trio is the result of a bad idea between its creators, after the end of a jam session during the end of 2011.  They are based in Athens with a common purpose. To extract the dirtiest side of their souls and present it as an audio insult.

After playing some gigs during 2012 – 2013, they took the request of their fans for an official release seriously! Consequently they hit the studio to create their self titled debut. The recording process started in early 2014. George Emmanuel engineered the album and Jeffro Lackscheide mixed and mastered it. In November 2014 the first single “The nymph and the god” was featured in the compilation CD Fear Candy, that comes with Terrorizer magazine (Issue 254). Legendary metal bands Exodus and Obituary were also in this CD. They released “Motherfaster” on February 24, 2015.

At last, the time has come for the successor. Entitled “Slower Father”, it is recorded at Pentagram studio and mixing/mastering duties were handled by George Emmanuel. Nine explicit, dirty stories gilded with a mix of heavy metal – hard rock music. The second album is taking their signature sound one step further. Ruder, dirtier, heavier.

Motherfaster released “Slower Father” on December 2, 2019. On January 25, 2020 they opened the Athenian show of metal pioneers Rotting Christ. During the following lockdown they recorded a cover version of Fleetwood Mac’s “The green Manalishi (With the two pronged crown)”. 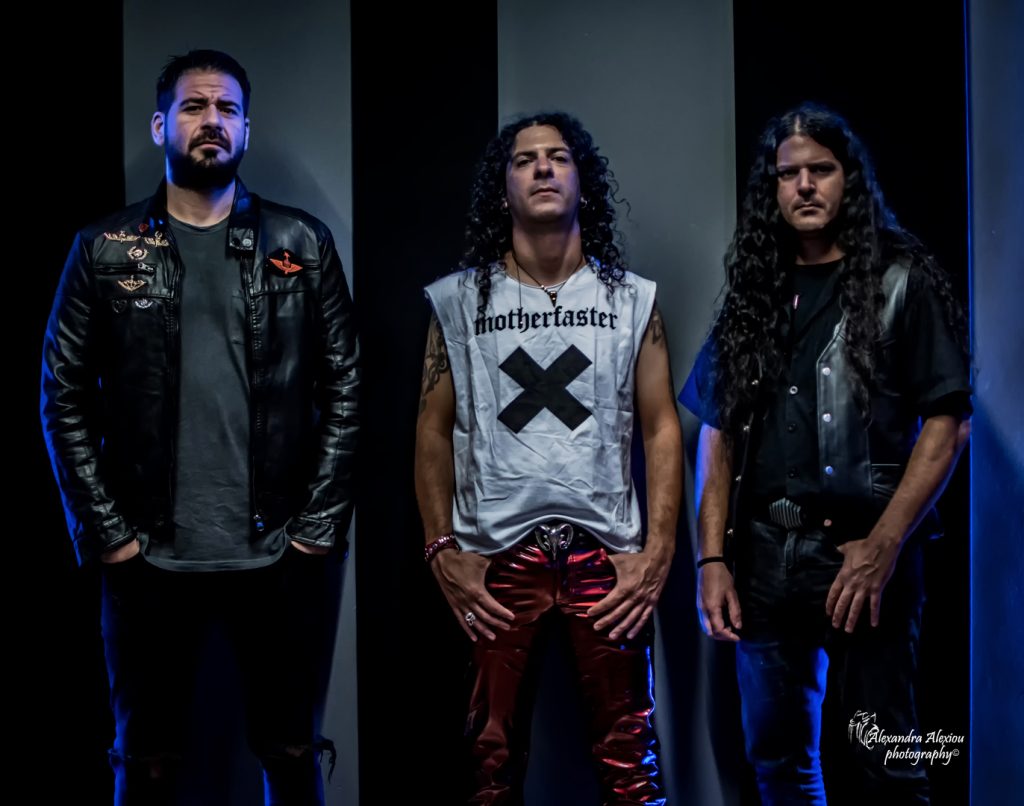 Check out our discography on our Tunes of Doom page!